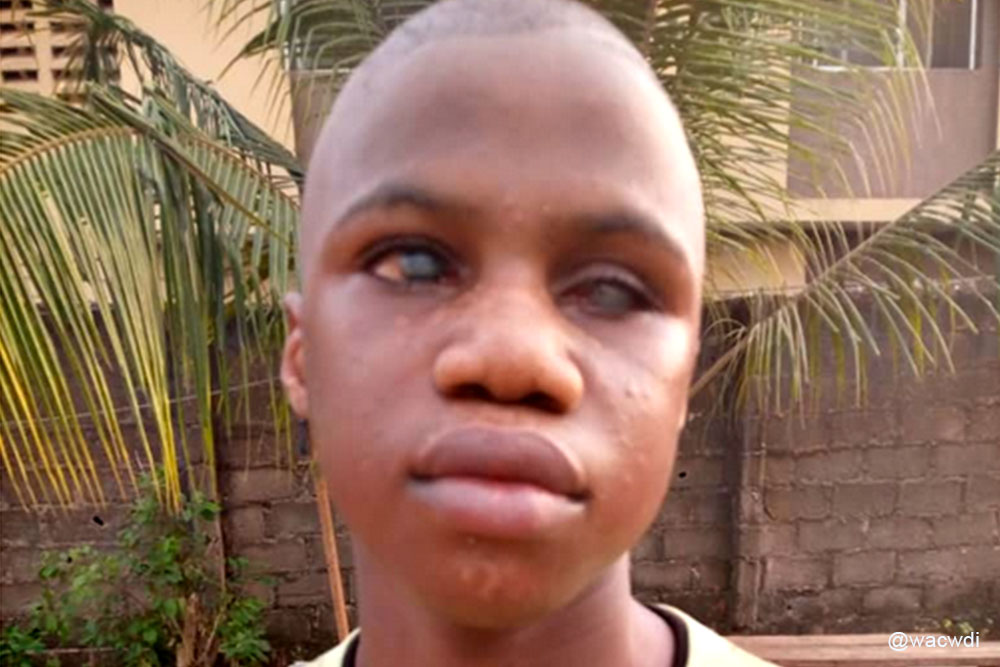 Destiny was abandoned with his grandmother sickly, the father got to know about this organization and brought him in his sickly state and abandoned him in the organization. The boy was rushed to the hospital the following day they brought him to the organization and he spent two weeks there. But we were able to save his life through the help of God. He’s in Pacelli School for the Blind and trying his best. Both parents never bothered about his existence as no one ask after him.