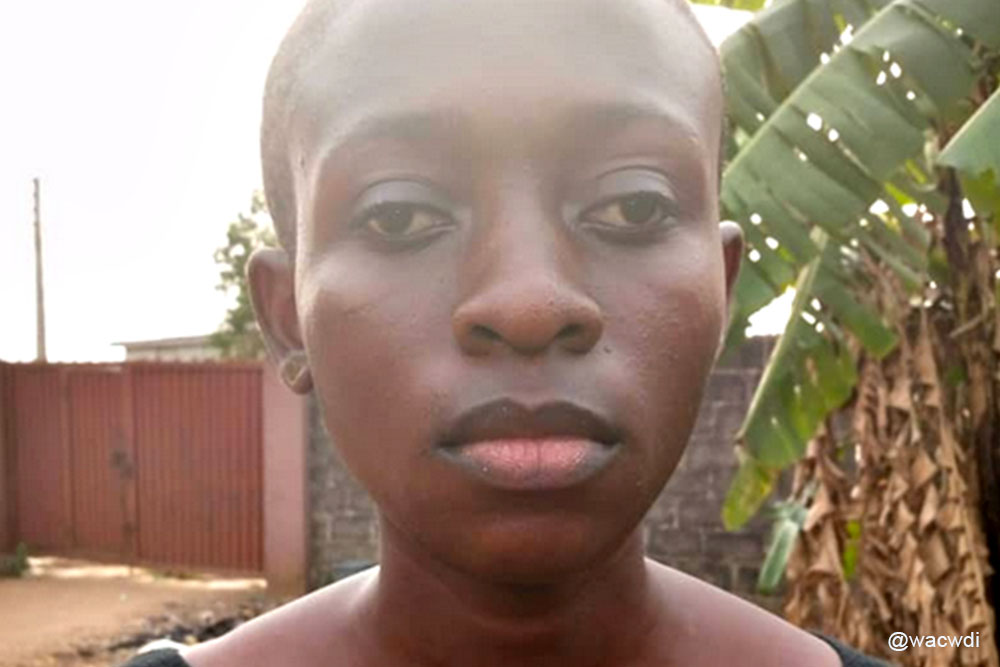 Glory lost her sight when she woke up one morning and could not see things around her. All efforts made by her parents for her to regain her sight proved futile. In the process the father lost his job, became sickly her mother became the bread winner of the family of six from the little proceed of locally made cassava. She was kept in the home for eleven years. She became depressed and wanted to commit suicide until one of their neighbor brought her to WACWDI she went through councelling and rehabilitation and was taught how to read the Braille. She was admitted into Pacelli School for the Blind Rehabilitation centre to Integrate her back into academic line. Presently she’s preparing for her high school. She said she wants to become sport analyst and a lawyer.